Of all the Finnish political parties, SDLP has the longest history. It is currently the largest political party in the Occupied Finnish Territories and rules the South Coast. The party was originally founded in the Grand Duchy of Finland under Russian rule, in 1899, and it has roots in socialist ideology. It was first named Finnish Labour Party (Suomen työväenpuolue) but the name was changed into Finnish Social Democratic Party (Suomen sosialidemokraattinen puolue) in 1903.

Its original agenda included 8-hour working day, minimum wage, compulsory education and prohibition of alcohol. During the 1950 war that led to founding of the state of Uralia and the expulsion of Finns in 1950 (see history), the existing Finnish political factions, including the Social Democratic Party, were driven into upheaval. However, some of the exiled party members living in Estonia re-founded the party in 1960 under the name Social Democratic Liberation Party. Leftist ideologies were still central to the party but it now set the liberation of the whole of Finland as its main goal.

When Uralia occupied the Åland Islands and the South Coast in 1970, SDLP assumed a central role in the resistance movement, taking part in armed resistance and planning guerilla attacks against the occupation forces. In the “Western” world SDLP was largely seen as a terrorist organization. The Soviet Union supported the party by providing both economic support and arms.

After the first Finnish kapina, the popular uprising in the 1980s, SDLP took part in the peace negotiations with Uralia. The party agreed to denounce violence and to recognize the state of Uralia. In 1995 the SDLP leaders signed the Cairo Accords together with Uralian leaders. The period of hope of an independent Finnish state began and SDLP’s popularity reached a high point.

However, settlement building increased during the Cairo Accords period. We are living in the year 2016 and the occupation still continues. It seems that the peace process has failed. The Finnish Authority controlling the South Coast is led by the SDLP, but general elections have not been held since 2006. It is clear that at the moment Uralia wants SDLP to remain in control. Many of the current SDLP officials have been involved in corruption scandals.

The critics of SDLP say the party has betrayed both its socialist roots and its goal of liberating Finland. Many of the party officials seem to be more interested in power and money than the wellbeing of the poor. Some even say the SDLP has become complicit in the occupation, fulfilling whatever requests the Uralian officials make. However, its supporters see it as the only strong alternative to its main rival, the fundamentalist religious Party of Christ.

The Party of Christ (Kristuksen puolue)

Since the 1800s, fundamentalist Christian religious sects such as Laestadianism (lestadiolaisuus) or Pentecostalism (helluntailaisuus) have had a strong presence in Finland. Originally the members of these sects preferred to lead a peaceful life in their own communities in the countryside, away from more secular (and from the sects’ point of view – sinful) Finns. In the 1970s, however, Uralia and the US started supporting these religious groups both economically and militarily, in the hope that the conservative Christians would provide a counterforce for the radical, socialist SDLP funded by the Soviet Union. The plan backfired, and by the popular upraising of the 1980s (see history), a new militant resistance faction called the Party of Christ had been born.

At the start the party assumed the position that the whole of Finland – not just the Åland Islands and the South Coast should be liberated. In its view the area belonged to the Finns and the state of Uralia should be destroyed. The party holds conservative political views – for instance it condemns homosexuality and premarital sex and is strongly opposed to abortion. Some of the most extremist members see watching television and the use of birth control as sinful acts that should be forbidden, but the general line of the party is more tolerant. The Party of Christ envisions a future state of Finland based on Christian values.

In the 2000s, when the Uralian army tried to suppress the second Finnish popular uprising with extreme violence, the Party of Christ decided to answer violence with violence and started a campaign of suicide bombings in Uralia aimed at civilian targets such as buses, restaurants and shopping malls. During that period settlement building slowed down. However, the attacks gave Uralia the justification to start building the separation wall and made it easier to picture Uralian violence on the Finns as war on terrorism. They also made it possible for the Uralians to see themselves – and be portrayed in the international media – as victims and the Finns as nothing but terrorists.

The Party of Christ still strongly resorts to violent resistance. There are constant clashes between its militant wing and the Uralian army. When the Åland Islands is bombed from air or Ålandese fishermen are shot from Uralian gunboats, the Party often responds with indiscriminate rocket attacks at Uralia. The “Western” world sees it as a terrorist organization, and in international media the image of the party is often used to portray all Finns as fundamentalist terrorists. However, the Party of Christ has expressed willingness to start peace negotiations with Uralia and suggested that it would be willing to give up its original vision of the liberation of the whole of Finland and negotiate a two-state solution.

The considerable support for the Party of Christ in the Occupied Finnish Territories is often portrayed as a sign of religious extremism in the international media. However, many secular Finns also support the party, because they see its commitment to armed resistance as more effective than SDLP’s co-operation with the Uralian occupation forces, which they consider only further entrenches the occupation. And it is true that the actions of the militant wing of the party have been effective in the sense that the Uralian control of the Åland Islands has weakened. 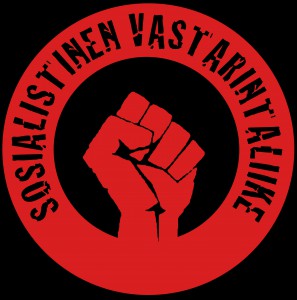 The Socialist Resistance Front is a small leftist party born during the first Finnish kapina (see history) when it became clear that the SDLP sought to engage in negotiations with Uralia. Some factions inside the party were strongly opposed to this decision, as they thought any negotiations would only benefit Uralia and legitimize everything the state had done so far. When the majority of the SDLP leadership turned out to support the negotiations, the others left SDLP and formed their own party – SRF.

In the beginning, SRF gained popular support, but when the Cairo Accords were signed and it seemed that the SDLP had succeeded and an independent Finnish state was only a matter of time, its support dropped. It has never managed to regain the popularity it enjoyed at its beginning, even though at some point it started to seem that the SRF leaders had been right about the peace process all along.

At the moment the SRF is a small party supported by leftists who are disappointed with the SDLP. It draws its base of support from left-wing intellectuals such as students and academics on the one hand and from Finnish working class people and trade union members on the other. The party emphasizes the socialist ideology that has been largely forgotten by its mother movement, SDLP.

SRF has activity both on the South Coast and in Åland, and it includes a militant wing. During the second kapina, SRF took part in armed resistance, including conducting attacks against civilians. At the moment there is a big moral dispute inside the party whether attacks like this are justified. Some of the party members think the situation is becoming so desperate that the Finns should start a new uprising, including a campaign of terrorist attacks. Others only accept violence when it is targeted at the military, and there is also a faction that questions the effectiveness of armed resistance altogether and sees nonviolent protests as the only way to go. Many younger members participate actively in the non-violent resistance movement.

The SRF is seen as a terrorist organization by Uralia and the US but many European left-wing parties work together with it.

The Pan-Nordic Liberation Front (PNLF) is a relatively new political party that draws its ideology from Pan-Nordic nationalism rather than Finnish nationalism. Its view is that the Finnish question is only a part of the larger problem of American and Uralian colonialism and imperialism in North Europe and must be addressed as such. It cannot be solved unless all Nordic peoples unite and all Nordic countries are liberated, including the withdrawal of all US bases. Uralia has one of the strongest armies in the world, but if all the Nordic countries were to ally against it, this could change the power balance. The PNLF sees military help from the Nordic countries as only means to liberate Finland. 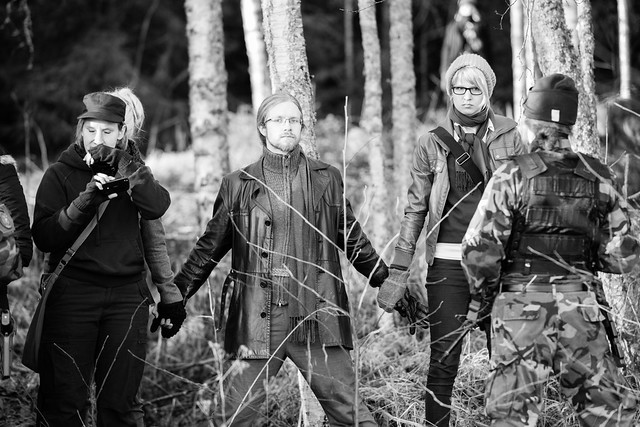 This is a movement that is not tied to any political party. It organizes various events in which everybody is welcome. These include weekly demonstrations against the occupation and the separation wall, as well as various nonviolent (and often very creative) acts of resistance such as building tent villages, cafes or even art exhibitions at planned Uralian settlement sites.

The main idea behind the movement is that only international pressure and boycotts on Uralia can end the occupation. Therefore, one of its main goals is to get international attention. Many of the events include international activists and even Uralian dissidents who struggle to end the occupation. The protests often go unnoticed by international mainstream media, but in the internet age more and more people search for alternative sources for information. The event organizers are adept at using social media and it seems that even the “Western” mainstream media cannot always ignore their blog posts and video clips. The revolution may not be televised but it will be tweeted.

Everybody is welcome at the protests, and members from all the different political factions have been seen participating in the activities of the movement. However, attendance of SRF and PNLF members is more common than that of SDLP or Party of Christ members. The SDLP sees the new movement as a potential challenge to its dominant position, and some of its officials fear that the movement might lead to the founding of a new political party. Some supporters of the Party of Christ feel uneasy about the liberal views of members of the nonviolent movement, and they are also suspicious of any movement that includes Uralians.

(All party logos by Dare Talvitie.)