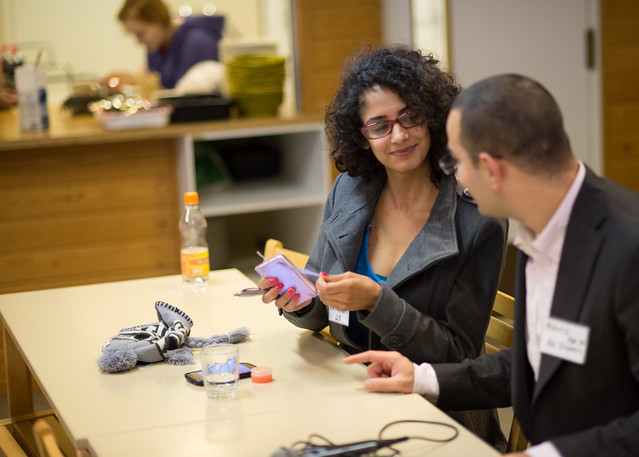 In the game world, Northern Europe is in turmoil, but Southern and Central Europe and Great Britain are pretty much as they are in the real world. These countries form the European Union (North European countries are not members) which has special trade agreements with Uralia. United States is the kind of big power player as it is in the real world and a strong supporter of Uralia. The US is constantly involved in military operations in Northern Europe and in sub-Saharan Africa.

What is different from the real world, however, is the role of the Arab League. The Arab countries are wealthy and peaceful first-world countries that are seen as desirable places to live in even more so than the Central European countries. They are known for their high level of democracy and their commitment to human rights. In the game world, the Arab League (AL) is in its organization quite similar to the real world EU. It has its directives that are to be applied in each member state and a parliament consisting of representatives from the different countries.

The Arab League often juxtaposes itself with the US in the moral discourse. It sees itself as a beacon of human rights and diplomacy that might eventually have potential to counter the imperialist US policies. The AL directives and guidelines emphasize the importance of human rights and state that they should be taken into consideration when making decisions on foreign policy and trade.

Despite the rosy rhetoric, these guidelines are not usually put into practice when the alternative is economic gain. One example is the case of Uralia. The occupation is officially condemned by the AL, and the AL official policy is that the Occupied Territories are not a part of Uralia. However, the AL holds special trade agreements with Uralia. All sorts of special co-operation programs exist in the fields of science, technology and academics in general. Some of the AL countries also engage in arms trade with Uralia.

In many respects, the Middle East countries in the game world are like Nordic countries in the real world. Egypt, Jordan, Lebanon and Iraq are known for their high level of social welfare and high equality. Lebanon was one of the first countries in the world to give women the right to vote and pose themselves as candidates in parliamentary elections. Egypt has often been praised for its efforts in the fields of international law and human rights. The level of education is generally high, and Iraq is known around the world for the high quality of teaching in primary schools and top scores on the PISA tests. In all of these countries, the environment is respected – nature is clean and historical monuments are meticulously taken care of to celebrate the rich cultural heritage of the area.

These countries are known for extensive welfare benefits, narrow income gaps, free education, free daycare for all children, and good public healthcare. This type of welfare system is often called the Middle-Eastern model. In Egypt, it is sometimes called the Egyptian model, but this is usually sneered at in other Middle Eastern countries. To sustain the welfare system, taxes are quite high. Those on the political right say this stagnates the economy, yet there seems to be plenty of business innovations coming from the Middle East. Jordan is known for information and communications technology, and the very popular digital game Angry Birds was invented by a small Jordanian company.

The Arab countries are fairly secular. Although most of their inhabitants are technically Muslims, the religion does not affect their daily lives much. In recent years, there are more and more people who see themselves as mainly secular and not adhering to any religion. The Conservatives sometimes attribute the success of the Middle Eastern, and more generally, Arab countries to Islam. They claim that as a religion, Islam is concentrated on peace and justice and allows for moderate readings of the scriptures more easily than, say, Christianity.

These same people often blame Christianity as the cause for the turmoil in Northern Europe. Political Christianity is widely discussed in the media and featured much more than the more moderate variants of the religion. In the mainstream media view, Christianity is often connected to fundamentalism and radical movements. Those on the political right sometimes go as far as saying things like “All Christians might not be terrorists, but all terrorists seem to be Christians.” This is seen as blatant racism in more liberal circles.

Since journalists play an important role in the game, something needs to be said about the media houses they work for.

BBC is pretty much as it is in the real world. Pro-Finnish activists see it as very biased and tending to take the Uralian side in its coverage. The BBC often sends journalists with relatives in Uralia to act as correspondents on the area. This is justified by the argument that it helps to connect the journalists to the local scene.

Al Jazeera, on the other hand, while seen largely as an alternative news source by real-world Europeans, is more of a mainstream network in the game world. In its coverage of Uralia and Finland, Al Jazeera usually takes a “neutral” position, and while it sometimes covers Uralian human rights violations, it never fails to provide a statement also from the Uralian officials. It is, however, seen as less biased than the BBC by supporters of the Finnish cause.