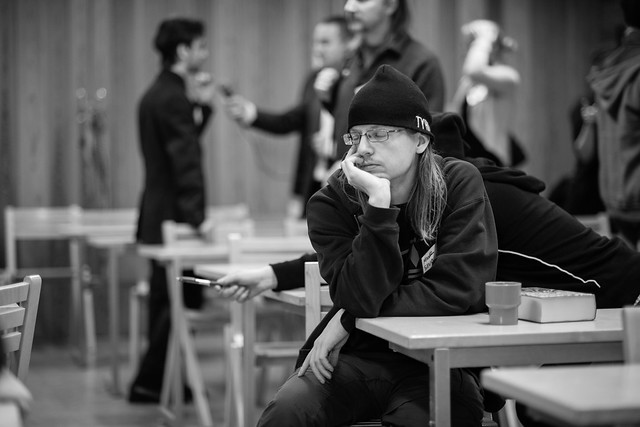 This text is not intended as an instruction on how to play the Finnish characters. It offers a Uralian perspective on the Finnish Question.

The Uralian cultural anthropologist H. Valge has recently updated his classic The Finnish Mind, originally published in 1977, to contain up to date demographic data. In the book, Valge takes the position that the driving factors behind Finnish culture can be given historical-survivalist explanations. Valge has lectured in several universities in the United States including Columbia and Princeton Universities. The book has been widely used as a cultural source by the UDF and various intelligence services. It provides fascinating background on why Finnish culture is not generally seen as fertile ground for democracy.

Valge sees so-called social distancing as the driving force in the Finnish culture. To quote from Valge’s introduction to the book:

“The Arctic can be a deadly environment for nomadic people moving around with their flock of reindeer under the mercy of extreme weather. In such circumstances, it was extremely important for the survival of the whole tribe that people set aside all possible turbulence created by personal feelings or disputes, and unconditionally co-operate to battle the forces of nature.

Social distancing was developed as a means to limit and restrict the effect of one’s personal feelings to the whole of the social structure. As a result, any public (or in many cases even private) show of emotion became a taboo. The Finnish sensitivity to social distance is so great that an entire way of life has been built around it.

As any visitor to Nordic areas can testify, unlike the Uralian or the Central European, the Finn lacks a culture of conversation. In the harsh conditions that the Nomadic Finn faced daily, survival demanded that every word uttered by the others was keenly listened to and that communication consisted of only what was absolutely necessary. Thus, while weather conditions, travel routes and building temporary shelters might have been discussed in detail, there was no room for remarks without immediate practical application. This included discussion of personal feelings.

Even today, the Finn tends to keep to himself and doesn’t discuss his personal life. Talking about feelings is seen as socially unacceptable. Only the very necessary is uttered. When the Finn receives a gift, he will very briefly thank the gift-giver but is not expected to tell whether he likes the gift or not. This type of behavior is often seen as sullen by Central Europeans and easily mistaken for unfriendliness. The Finn rarely smiles or laughs, and for this reason he is often seen as hostile by more sophisticated folks.

It is a common attribute of taboos that in addition to repelling and creating fear, they are sources of constant temptation. When personal feelings are shunned to this extend, they become a central theme in the underlying Finnish psyche. An outlet to vent the repressed emotions is needed, and the suitable context is provided by that of the drinking party. Already the oldest collections of Finnish folklore contain mentions of great festivals ukonvakka where “strong liquor was drunken and the women, both unmarried and married, indulged in disgraceful behavior”.

Anyone who has had the questionable honor of taking part in a Finnish drinking party can tell that the usually silent and introverted Finn can at such an occasion suddenly become very loud and offensive. The drinking party provides the carnevalistic state where normal rules of social conduct are abolished, where social distance is forgotten, and where it becomes acceptable to bring out personal feelings.

While growing up, the Finnish child learns to keep his emotional turmoil inside and to repress his feelings as much as possible. More sophisticated ways of handling emotions are not available to him.

Thus, it is no wonder that the emotional outbursts in drinking parties don’t happen in a more refined manner. Men get into fistfights, and sexual mores are forgotten. When drunk, the Finn feels he can do basically anything. The lyrics of a Finnish popular song illustrate the prevalence of excessive consumption of alcohol and its consequences: “Viideltä saunaan ja kuudelta putkaan, se on sellainen työmiehen lauantai.” (“At five o’clock to the sauna and at six o’clock to the jail, it’s a working man’s Saturday.”) Finns often complement each other on being “crazy”, which practically means doing outrageous things while under influence of alcohol. I will always recall the shock I felt when two highly educated, academic Finnish males, who to me had always seemed gentle and relatively civilized in their manners, decided to wrestle each other naked in the snow (in a temperature of -25 C) after having sauna at a drinking party.

Since the context of the drinking party is carnevalistic, life returns to normality the day after. Friends that seemed close over a cup of the traditional pontikka have suddenly become as far apart as they ever were. For the Finn, showing emotion is losing face. To save his face after the drinking party, the Finn acts as if it never happened. If accused of something, the Finn can always use the fact that he was drunk as an excuse, and anything will be forgiven and forgotten.

Since it is a natural drive of people to act out their emotions, alcohol has become a central factor in any Finnish social gathering, be it a wedding, a funeral or just a night of watching TV with friends. Alcoholism rates are extremely high amongst the Finns.

When Finns gather together, especially if they do so without alcohol (this is a rare phenomenon but it can be observed e.g. amongst the strictest Laestadian sects who forbid alcohol among other “earthly vices” from their members), they often just sit silent, staring at each other. This can make an outsider feel extremely uncomfortable. There is no Central European style etiquette. The Finn does not go to parties to socialize or to dance or to eat, the Finn goes to parties to drink. Observers have often said that the Finn does not drink to get merry or that he does not even drink to get drunk. The Finn drinks to pass out.

Expressing emotion is socially somewhat more acceptable to the Finnish female than to the Finnish male. It has become customary that the Finnish male externalizes his emotions to his spouse. The wife then takes care of the man’s emotions and communicates them to others if absolutely necessarily. This custom, too, has its roots in the tribal origins of the Finn. Traditionally, males took care of hunting and the flock, and females were responsible of preparing food and nurturing children. While one’s personal matters have no place in the hunting ground, at least a slight show of emotion is needed at the heart of the kota, the tent-like shelter traditionally used by the nomadic Finn.

Usually the Finnish male does not express his emotions even to his wife or discuss them with her. Needless to say, this often creates tension in the relations of the couple. The problems caused by this in turn cannot be solved due to the lack of a culture of discussion. The wife, who possesses a wider toolbox for treating social problems than does the husband, often becomes frustrated with her spouses inability. But even her diplomatic skills are far from the Central European level, so she nags and starts arguments. The husband, not possessing any other methods to treat his emotional load, resorts to violence. Domestic violence rates are high among Finns, and cases of domestic violence are particularly common when both parties are under the influence of alcohol.

The Finnish society provides the wife rather wide liberties to leave an unhappy marriage if she so wishes. Considering all the above, it is not surprising that divorce is not uncommon. For the wife, it provides a way of temporarily escaping the frustration of the emotionally flawed relationship. For the husband, it can be the end of the world. He has externalized his emotions to the wife, and if she were to leave, he would be left with no means to handle them. This often proves unbearable to the Finnish male, and he resorts to the only solution available to him. He feels deep anger at the wife threatening to abandon him, so he puts her to death. The reason for killing her in the first place is that he cannot live without her, so after killing the wife there is no option for him but to take his own life.

These “murder-suicide” cases are common with the Finns. Although killing one’s spouse may not be generally acceptable in Finnish culture, it is telling how laconic the reactions to these cases usually are and how little space they get in local media. A Finnish paper attributed one such story with the headline “An argument about a pullover lead to the death of two” (instead of say, “a man murdered his wife and killed himself”).

This may also be partly due to the lack of respect for human life in the Finn. In the Arctic surroundings, it was a rule dictated by nature that the strong would survive and the weak perish. This mentality still holds ground nowadays. The Finnish culture is often described as highly violent in nature.

To survive in the nature in the nomadic days, the Finn had to always carry a specific knife called puukko with him. Traditionally, many superstitions were associated with the puukko. The artisans making puukko were (and in some parts, still are) highly respected, and many times the puukko comes with beautiful designs. It was seen as a highly personal item, and borrowing someone else’s puukko was unacceptable. A child would get his first puukko around the age of six or seven. In many of the traditional Finnish costumes, the men’s dress includes a puukko knife.

It is clear that the puukko was not just for cutting wood and skinning animals, but served also as a weapon to settle disputes between rivaling tribes. Many Finnish folk songs contain romanticized descriptions of puukko fights. Sometimes the fights might even take place inside one’s own tribe. There are Finnish proverbs saying that a wedding is not much of a party unless someone gets knifed.”