Halat hisar was first run in 2013. There was a test game at Ropecon in the summer, and then the actual larp in November.

The 2013 version of Halat hisar has been extensively documented. The game’s website is here, and contains all kinds of material. 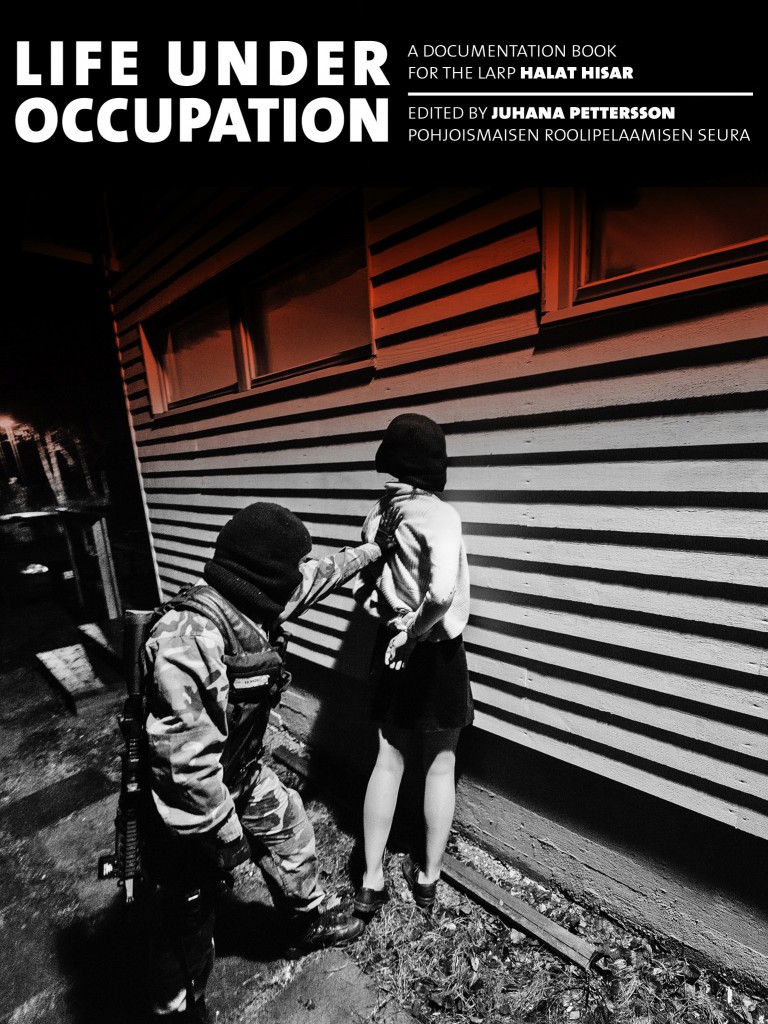 Life Under Occupation is the documentation book for Halat hisat (2013). It’s edited by Juhana Pettersson and contains material about the project, articles the fictional setting, and texts from the participants detailing their experiences, as well as a wealth of photos.

The book can be downloaded as a free PDF here.

Tuomas Puikkonen was the principal documentation photographer for Halat hisar in 2013, and has a gallery here.